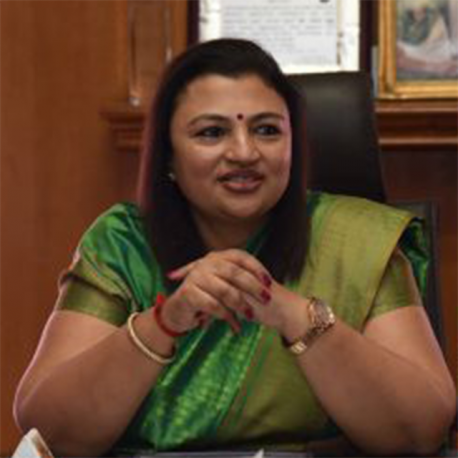 The Govt of Karnataka has announced that Dr. Arathi Krishna has been appointed as the Deputy Chairman of NRI Forum Karnataka effective from – Nov 18, 2016.

A well read scholar and accomplished diplomat, an artiste and a good singer, a dedicated social worker and a philanthropist, Arathi Krishna is a multifaceted personality who came into this world in interesting times – born at the right time in the right place to the right family, which incidentally has a strong political background. Now in the prime of her life, she has gone through an eventful girlhood, youth, married with children, and served as a key personality interfacing with the Indian-American community and its life in the US.  Apart from a higher education from one of the premier US universities, a natural tendency for diplomacy and tact inbred through political exposure right from a young age has made her successful in whatever she endeavours to do.  NRI Achievers brings you her story in the form of brief vignettes, followed by excerpts from an interview with her, where she tells you her mind in her own words.