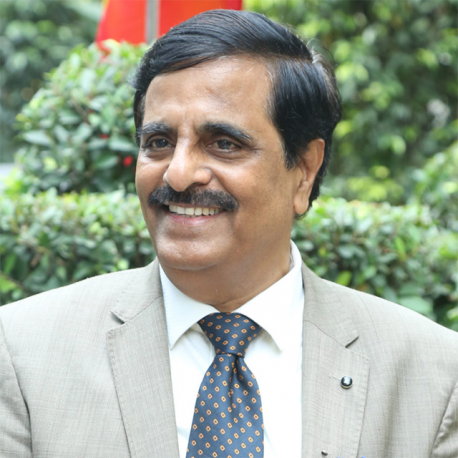 Dr. Manu Baligar (Kannada:ಮನು ಬಳಿಗಾರ್) is a Kannada writer, author, playwright, former civil servant and current president of Kannada Sahitya Parishat. He was a civil servant in the Karnataka Administrative Service, and retired as the director of Department of Kannada and Culture, Government of Karnataka. He was elected the president of the Kannada Sahitya Parishat, an apex body for the promotion of Kannada language, on March 3, 2016 for a term of three years. He hails from Shigli in Gadag district, and is the brother of V. P. Baligar, a retired Indian Administrative Service officer and former chairman of Housing and Urban Development Corporation.